William Frank Buckley Jr. was an American conservative author and commentator. He founded National Review magazine in 1955, which had a major impact in stimulating the conservative movement; hosted 1,429 episodes of the television show Firing Line, where he became known for his transatlantic accent and wide vocabulary; and wrote a nationally syndicated newspaper column along with numerous spy novels. Buckley wrote God and Man at Yale (1951) and more than fifty other books on writing, speaking, history, politics, and sailing, including a series of novels featuring CIA agent Blackford Oakes. Buckley referred to himself as either a libertarian or conservative. 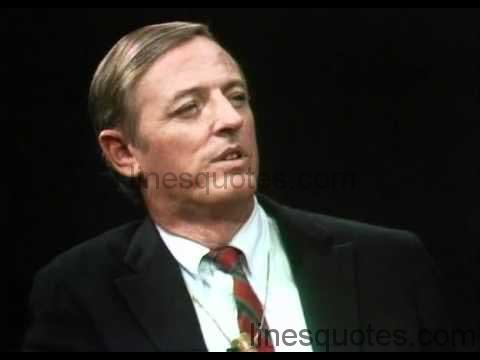 All Adventure Is Now Reactionary.

It Is Not A Sign Of Arrogance For The King To Rule. That Is What He Is There For.

Liberals Claim To Want To Give A Hearing To Other Views, But Then Are Shocked And Offended To Discover That There Are Other Views.

I Would Like To Electrocute Everyone Who Uses The Word 'Fair' In Connection With Income Tax Policies.

The Best Defense Against Usurpatory Government Is An Assertive Citizenry.

There Is An Inverse Relationship Between Reliance On The State And Self-reliance.

One Can't Doubt That The American Objective In Iraq Has Failed - Different Plans Have To Be Made. And The Kernel Here Is The Acknowledgement Of Defeat.

We Love Your Adherence To Democratic Principles.

I'd Rather Entrust The Government Of The United States To The First 400 People Listed In The Boston Telephone Directory Than To The Faculty Of Harvard University.

I Won't Insult Your Intelligence By Suggesting That You Really Believe What You Just Said.

Truth Is A Demure Lady, Much Too Ladylike To Knock You On Your Head And Drag You To Her Cave. She Is There, But People Must Want Her, And Seek Her Out.

Life Can't Be All Bad When For Ten Dollars You Can Buy All The Beethoven Sonatas And Listen To Them For Ten Years.

I Profoundly Believe It Takes A Lot Of Practice To Become A Moral Slob.

Idealism Is Fine, But As It Approaches Reality, The Costs Become Prohibitive.

The More Complicated And Powerful The Job, The More Rudimentary The Preparation For It.

It Seems To Me That The Idea Traditionally Defended Of Endeavoring To Maintain Existing Ethnic Balances Simply Doesn't Work Any More.

One Must Bear In Mind That The Expansion Of Federal Activity Is A Form Of Eating For Politicians.

Some Of My Instincts Are Reprehensible.

It Had All The Earmarks Of A Cia Operation; The Bomb Killed Everybody In The Room Except The Intended Target!

I Get Satisfaction Of Three Kinds. One Is Creating Something, One Is Being Paid For It And One Is The Feeling That I Haven't Just Been Sitting On My Ass All Afternoon.

Even If One Takes Every Reefer Madness Allegation Of The Prohibitionists At Face Value, Marijuana Prohibition Has Done Far More Harm To Far More People Than Marijuana Ever Could.

I Would Like To Take You Seriously, But To Do So Would Affront Your Intelligence.

To Buy Very Good Wine Nowadays Requires Only Money. To Serve It To Your Guests Is A Sign Of Fatigue.

A Conservative Is A Fellow Who Is Standing Athwart History Yelling 'Stop!'

Scientists Are People Who Build The Brooklyn Bridge And Then Buy It.