Katharine Houghton Hepburn was an American actress. Known for her fierce independence and spirited personality, Hepburn was a leading lady in Hollywood for more than 60 years. She appeared in a range of genres, from screwball comedy to literary drama, and she received four Academy Awards for Best Actress—a record for any performer. In 1999, Hepburn was named by the American Film Institute as the greatest female star of Classic Hollywood Cinema. With her unconventional lifestyle and the independent characters she brought to the screen, Hepburn epitomized the “modern woman” in the 20th-century United States and is remembered as an important cultural figure. 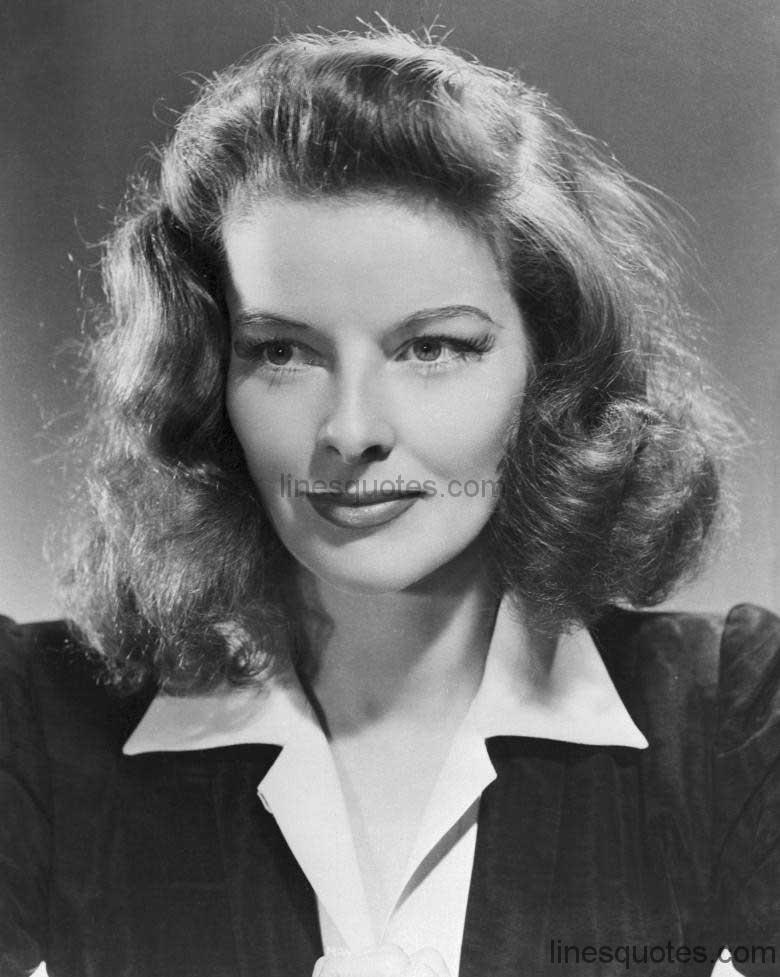 Enemies Are So Stimulating.

If You Obey All The Rules You Miss All The Fun.

Life Is To Be Lived. If You Have To Support Yourself, You Had Bloody Well Better Find Some Way That Is Going To Be Interesting. And You Don't Do That By Sitting Around.

Life Is Hard. After All, It Kills You.

Death Will Be A Great Relief. No More Interviews.

Acting Is The Most Minor Of Gifts. After All, Shirley Temple Could Do It When She Was Four.

We Are Taught You Must Blame Your Father, Your Sisters, Your Brothers, The School, The Teachers - But Never Blame Yourself. It's Never Your Fault. But It's Always Your Fault, Because If You Wanted To Change You're The One Who Has Got To Change.

If You Always Do What Interests You, At Least One Person Is Pleased.

As For Me, Prizes Are Nothing. My Prize Is My Work.

Sometimes I Wonder If Men And Women Really Suit Each Other. Perhaps They Should Live Next Door And Just Visit Now And Then.

Being A Housewife And A Mother Is The Biggest Job In The World, But If It Doesn't Interest You, Don't Do It - I Would Have Made A Terrible Mother.

Why Slap Them On The Wrist With Feather When You Can Belt Them Over The Head With A Sledgehammer.

I Have Many Regrets, And I'm Sure Everyone Does. The Stupid Things You Do, You Regret... If You Have Any Sense, And If You Don't Regret Them, Maybe You're Stupid.

I Never Lose Sight Of The Fact That Just Being Is Fun.

Acting Is A Nice Childish Profession - Pretending You're Someone Else And, At The Same Time, Selling Yourself.

It Would Be A Terrific Innovation If You Could Get Your Mind To Stretch A Little Further Than The Next Wisecrack.

It's A Rather Rude Gesture, But At Least It's Clear What You Mean.

The Average Hollywood Film Star's Ambition Is To Be Admired By An American, Courted By An Italian, Married To An Englishman And Have A French Boyfriend.

If You Want To Sacrifice The Admiration Of Many Men For The Criticism Of One, Go Ahead, Get Married.

Acting Is The Perfect Idiot's Profession.

Only The Really Plain People Know About Love - The Very Fascinating Ones Try So Hard To Create An Impression That They Soon Exhaust Their Talents.

When I Started Out, I Didn't Have Any Desire To Be An Actress Or To Learn How To Act. I Just Wanted To Be Famous.

To Be Loved Is Very Demoralizing.

Marriage Is A Series Of Desperate Arguments People Feel Passionately About.

Trying To Be Fascinating Is An Asinine Position To Be In.

If You Want To Give Up The Admiration Of Thousands Of Men For The Distain Of One, Go Ahead, Get Married.

It's A Business You Go Into Because You're An Egocentric. It's A Very Embarrassing Profession.

Without Discipline, There's No Life At All.

I Never Realized Until Lately That Women Were Supposed To Be The Inferior Sex.

Plain Women Know More About Men Than Beautiful Women Do.

To Keep Your Character Intact You Cannot Stoop To Filthy Acts. It Makes It Easier To Stoop The Next Time.