Ray Douglas Bradbury was an American fantasy, science fiction, horror and mystery fiction author. Widely known for his dystopian novel Fahrenheit 451 as well as his science fiction and horror story collections. Bradbury was one of the most celebrated 20th- and 21st-century American writers. Recipient of numerous awards, including a 2007 Pulitzer Citation, Bradbury also wrote and consulted on screenplays and television scripts. Many of his works were adapted to comic book, television and film formats. 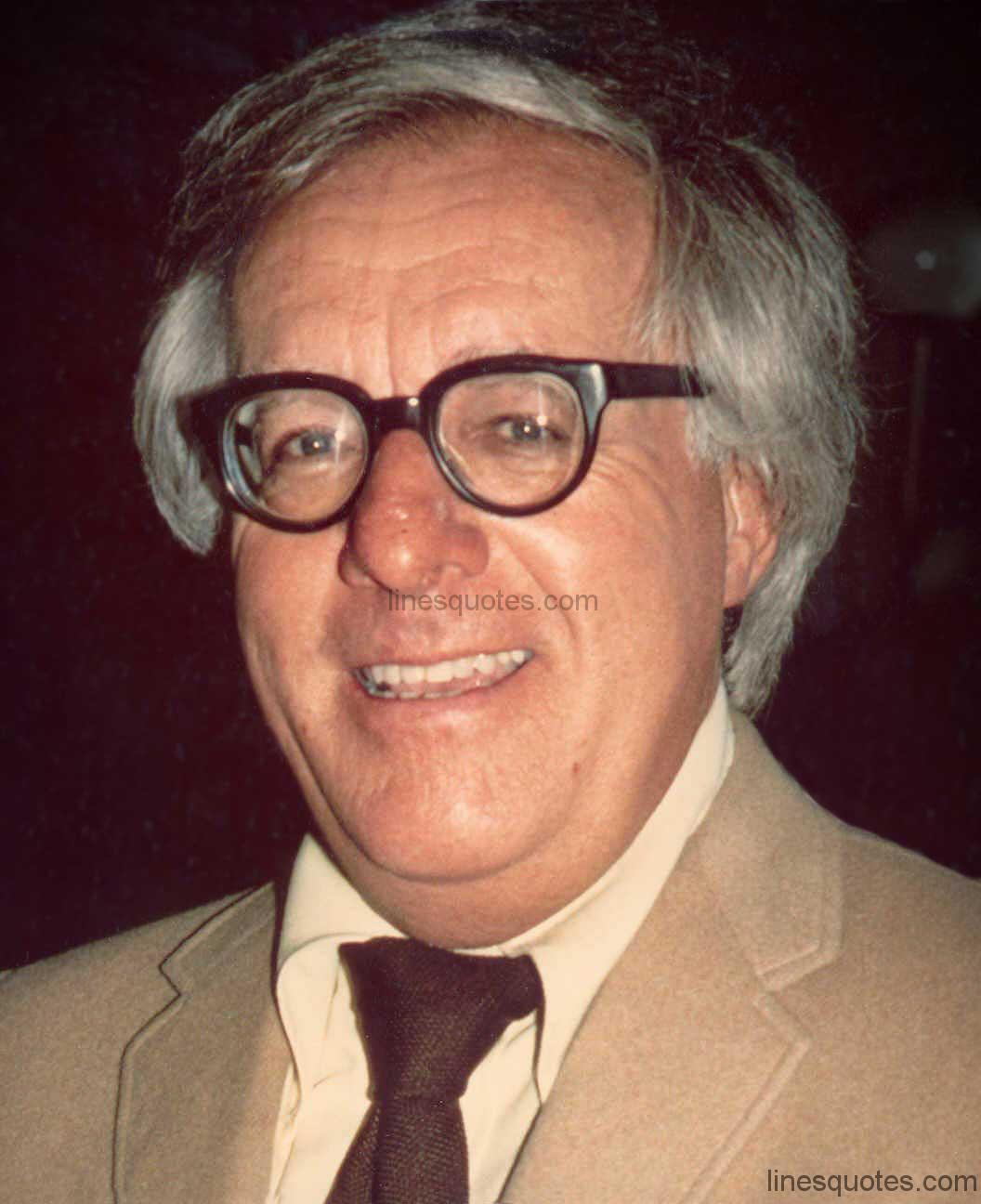 Living At Risk Is Jumping Off The Cliff And Building Your Wings On The Way Down.

The Best Scientist Is Open To Experience And Begins With Romance - The Idea That Anything Is Possible.

All Of Us, No Matter How We Look Born Into This World, Feel Something Like The Hunchback. It Doesn't Matter If You Have A Beautiful Face Or Not.

If You're Living In Your Time, You Cannot Help But To Write About The Things That Are Important.

There's No One Way To Be Creative. Any Old Way Will Work.

I Never Ask Anyone Else's Opinion. They Don't Count.

Scientists Have To Have A Metaphor. All Scientists Start With Imagination.

Look At The Chandra Levy Case. It's Become A Star Chamber. The Major Networks, The Cable Networks, They're Being Prosecutors. They're Judges And Jurors And Executioners. Well, C'mon, That's Ridiculous. But They're Doing It.

If I'd Found Out That Norman Mailer Liked Me. I'd Have Killed Myself.

I Don't Go Around Thinking I'm Ray Bradbury All The Time.

You Don't Have To Burn Books To Destroy A Culture. Just Get People To Stop Reading Them.

If You're Embarrassed Because You Have Some Notion About How Men Are Supposed To Behave, And It Doesn't Include Weeping, Then You Have Some Personal Work To Do.

If You Want To Find The Source Of Much Of The Music Of Modern Day Russia, You Will Find It In The Incredible Compositions Of That Crazed Lunatic Berlioz.

You Can't Learn To Write In College. It's A Very Bad Place For Writers Because The Teachers Always Think They Know More Than You Do - And They Don't. They Have Prejudices. They May Like Henry James, But What If You Don't Want To Write Like Henry James? They May Like John Irving, For Instance, Who's The Bore Of All Time.

Millions Of Students Now, In All The Schools Of America, Are Reading Science Fiction And Especially, Thank God, 'The Martian Chronicles.'

I Don't Tell Anyone How To Write And No One Tells Me.

First Grade Is Very Cheap. It's The Later Grades Where You Have To Spend A Lot Of Money If You Don't Do It Right.

Any Experience That Touches You, In Any Particular Way, Is Good. It Can Be A Horrible Experience.

I Don't Believe In Colleges And Universities.

I Felt A Bit Bookish, Cut Off From Life.

Why Go To A Machine When You Could Go To A Human Being?

The Major Networks, The Cable Networks, They're Being Prosecutors. They're Judges And Jurors And Executioners. Well, C'mon, That's Ridiculous. But They're Doing It.

I Think We're Doing A Dreadful Job Of Educating.

Facts Are Not Interesting To Me.

I Don't Need To Be Vindicated, And I Don't Want Attention.

I Don't Do Research. I Never Have.

In Hollywood, They Think They Know It All. You, As A Writer, Are Essentially An Outsider. Novelists And Short-story Writers, Especially.

If You Want To Be A Good Writer, Be The Best Writer In The World. That's What I've Done.

I Believe In Libraries Because Most Students Don't Have Any Money.

I Got Started As An Actor When I Was 12.

Bo Derek Is A Really Good Friend Of Mine, And I'd Like To Spend More Time With Her.

I Don't Try To Describe The Future. I Try To Prevent It.

I'm Not A Futurist.

My Favorite Writers Have Been Those Who've Said Things Well.

Love. Fall In Love And Stay In Love. Write Only What You Love, And Love What You Write. The Key Word Is Love. You Have To Get Up In The Morning And Write Something You Love, Something To Live For.

If You Don't Like What You're Doing, Then Don't Do It.

We Are Cups, Constantly And Quietly Being Filled. The Trick Is, Knowing How To Tip Ourselves Over And Let The Beautiful Stuff Out.

I Hate All Politics. I Don't Like Either Political Party. One Should Not Belong To Them - One Should Be An Individual, Standing In The Middle. Anyone That Belongs To A Party Stops Thinking.

I Love All Of The Arts. I Love Motion Pictures. I Love Stage. I Love Theater.

You Pay A Certain Penalty For Going Your Own Way. A Lot Of People Think You're Nuts, And You're Not As Popular With Girls As You Should Be.

You Must Stay Drunk On Writing So Reality Cannot Destroy You.

Ideas Excite Me, And As Soon As I Get Excited, The Adrenaline Gets Going And The Next Thing I Know I'm Borrowing Energy From The Ideas Themselves.

The Answer I Found Is You Stay Away From The People Who Make Fun Of You, And You Join These Ad Hoc Groups Who Understand Your Craziness.