Hippocrates of Kos, also known as Hippocrates II, was a Greek physician of the Age of Pericles, and is considered one of the most outstanding figures in the history of medicine. He is referred to as the “Father of Modern Medicine” in recognition of his lasting contributions to the field as the founder of the Hippocratic School of Medicine. Hippocrates is commonly portrayed as the paragon of the ancient physician, and credited with coining the Hippocratic Oath, still relevant and in use today. He is also credited with greatly advancing the systematic study of clinical medicine, summing up the medical knowledge of previous schools, and prescribing practices for physicians through the Hippocratic Corpus and other works. 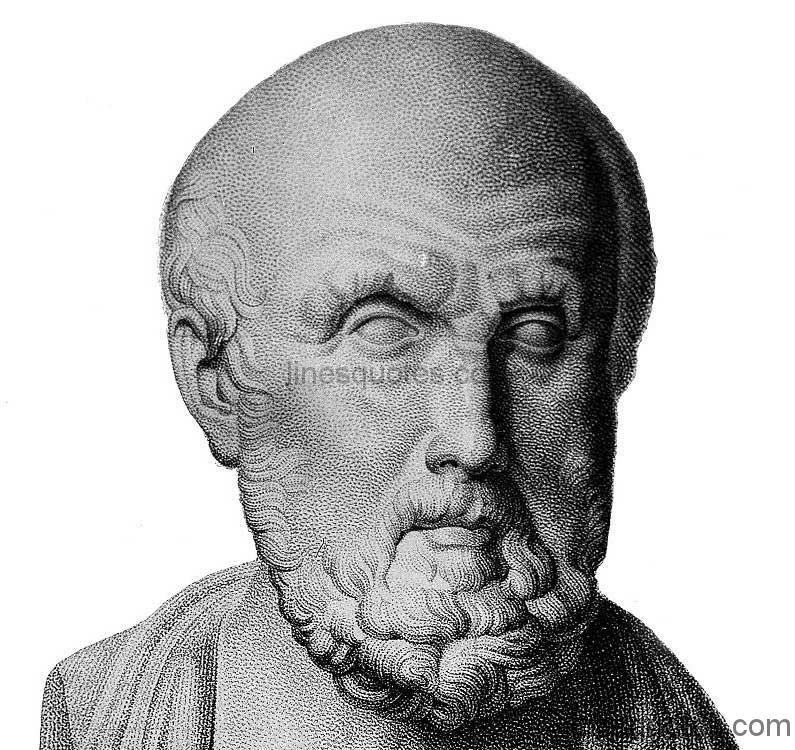 Everything In Excess Is Opposed To Nature.

A Physician Without A Knowledge Of Astrology Has No Right To Call Himself A Physician.

Wherever The Art Of Medicine Is Loved, There Is Also A Love Of Humanity.

The Life So Short, The Craft So Long To Learn.

Keep A Watch Also On The Faults Of The Patients, Which Often Make Them Lie About The Taking Of Things Prescribed.

Life Is Short, The Art Long.

Whenever A Doctor Cannot Do Good, He Must Be Kept From Doing Harm.

To Do Nothing Is Also A Good Remedy.

A Wise Man Should Consider That Health Is The Greatest Of Human Blessings, And Learn How By His Own Thought To Derive Benefit From His Illnesses.

It's Far More Important To Know What Person The Disease Has Than What Disease The Person Has.

There Are In Fact Two Things, Science And Opinion; The Former Begets Knowledge, The Later Ignorance.

The Chief Virtue That Language Can Have Is Clearness, And Nothing Detracts From It So Much As The Use Of Unfamiliar Words.

Science Is The Father Of Knowledge, But Opinion Breeds Ignorance.

The Art Is Long, Life Is Short.

Prayer Indeed Is Good, But While Calling On The Gods A Man Should Himself Lend A Hand.

If We Could Give Every Individual The Right Amount Of Nourishment And Exercise, Not Too Little And Not Too Much, We Would Have Found The Safest Way To Health.

Let Food Be Thy Medicine And Medicine Be Thy Food.

Natural Forces Within Us Are The True Healers Of Disease.

Make A Habit Of Two Things: To Help; Or At Least To Do No Harm.