Orenthal James “O. J.” Simpson, nicknamed The Juice, is a former American football running back, broadcaster, actor, and convicted felon. Simpson attended the University of Southern California, where he played college football for the USC Trojans. He won the Heisman Trophy in 1968. He then played professionally in the National Football League (NFL) as a running back for 11 seasons. Simpson was the first NFL player to rush for more than 2,000 yards in a season, a mark he set in 1973. 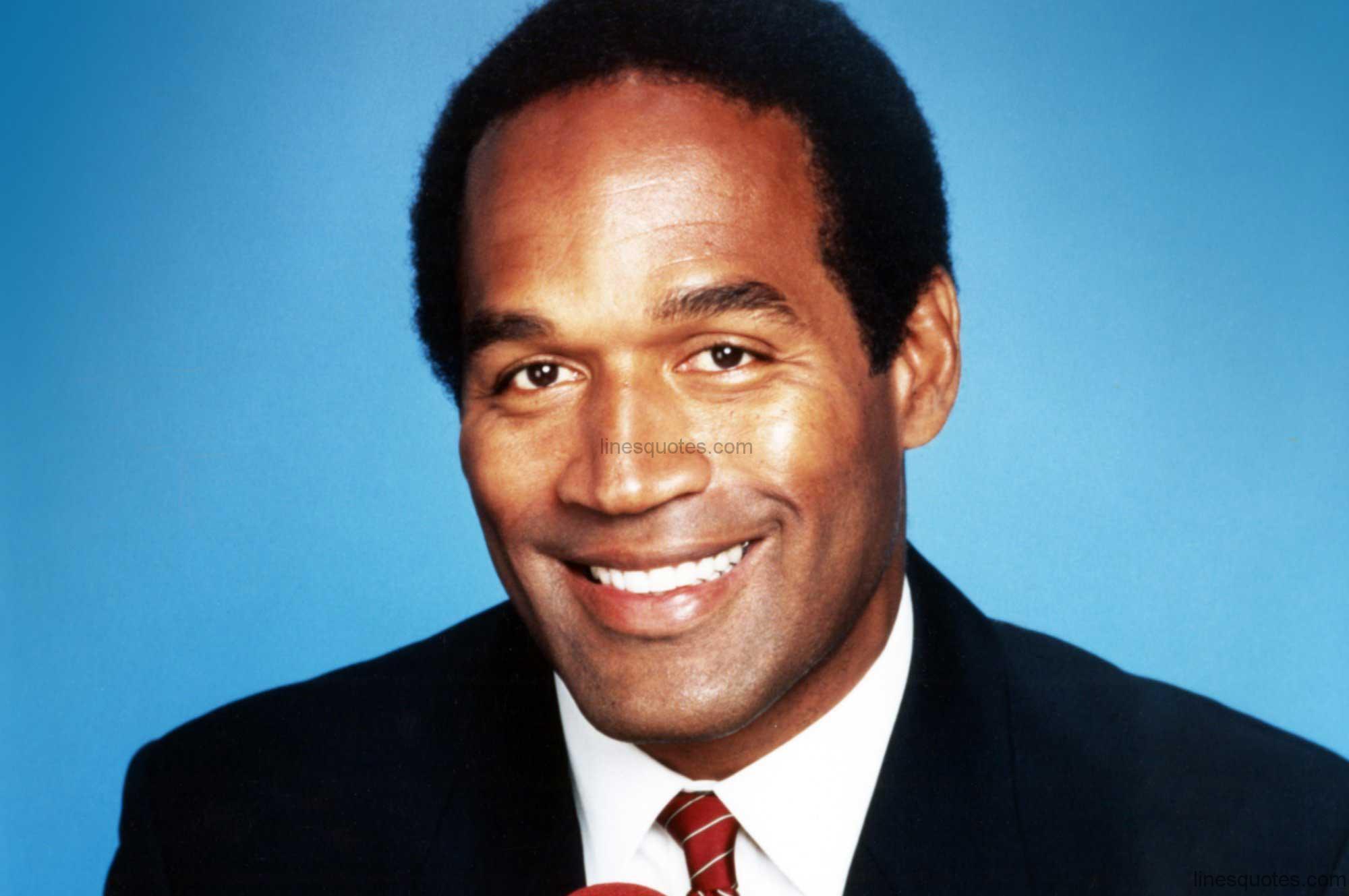 I Didn't Beat Her. I Just Pushed Her Out Of Bed.

I Think I've Been A Great Citizen.

I'm Enjoying The Money, The Big House, The Cars; What Ghetto Kid Wouldn't?

I've Been Very Clear. I Won. I Didn't Commit The Crime.

I Had One Fight In My Adult Life. I Had The Famous '89 Fight With Nicole, Which She Admits That She Initiated The Physical Part.

I Did Not Have Anything To Do With These Murders. Ever.

I Really Have Reached A Point Where I Can Write A Book About All Of This.

Nicole Will Come Up In Conversations Where It's In A Part Of The Conversation. Or We May Be Somewhere And I Would Tell Some Story About Their Mother And I. You Know, We Always Honor Her Birthday.

I Have Always Wanted To Be Liked And Respected.

Money Takes Wings. The Only Thing That Endures Is Character.

I Tend To Watch A Little Tv... Court Tv, Once In A While. Some Of The Cases I Get Interested In.

My Nfl Pension Can Barely Pay My Son's Tuition. You Know, It's Very Little Money.

Oh My God, Nicole Is Killed? Oh My God, She Is Dead?

I Don't Know How Often I Can Discuss One Incident In My Entire Life, But I'll Continue To Do That.