Yael Stone is an Australian actress. She has worked extensively in Australian theatre and has won two Sydney Theatre Awards. Outside of Australian theatre, she is best known for her portrayal of Lorna Morello in the Netflix series Orange Is the New Black. Stone began acting as a child, with roles in the film Me Myself I and the miniseries The Farm. She worked primarily in theatre; at the 2008 Sydney Theatre Awards, she won the awards for Best Newcomer and Best Supporting Actress for her performance in The Kid.She also worked in television, including supporting roles in All Saints and Spirited. She has also appeared on the web series “High Maintenance”. 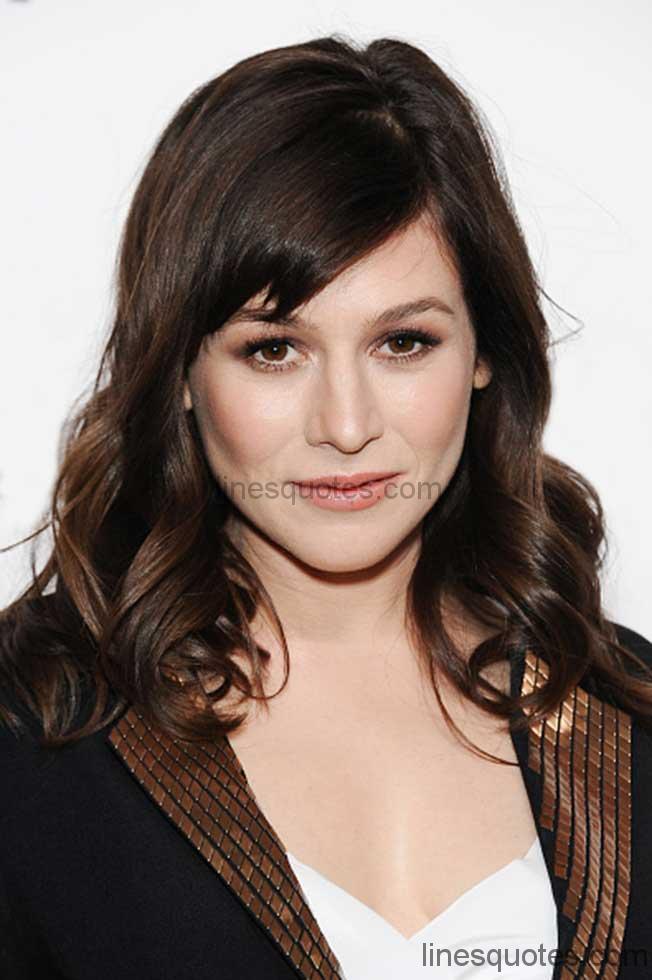 Family Hang-outs Can Go Very Late Into The Night And Involve Lots Of Music.

One Thing That Is Not To Be Underestimated Is American Culture's Influence On The Rest Of The World.

I Never Want To Be Anywhere Else Than In The Rehearsal Room. I Mean, It's So Lame To Say, But It Makes Me Supremely Happy To Work With People And To Talk And Invent And Laugh.

I've Definitely Had Those Moments When I Think A Relationship With Somebody Is One Way, And Then It Just Flips.

My Working History As An Actor Is Definitely In The Theatre; It Certainly Was In Australia.

Australia Has A Very Big History Of Incarceration. What Does That Mean To Us? What Does It Mean That We Came Over To A Country That's Not Necessarily Ours And Filled It With White Prisoners?

Prison Makes An Interesting Context For So Many Different Characters To Come Together. You Get To See What Lines Get Drawn Between People.

It's Really Interesting Working In Television As Opposed To The Theater, Where You Know The Arc Of The Character And You Are Able To Create This Whole Backstory.