Yael Naïm, is an Israeli-French singer-songwriter. She rose to fame in 2008 in the US after her hit single “New Soul” was used by Apple in an advertising campaign for its MacBook Air. The song peaked at No. 7 on the Billboard Hot 100. She began her singing career with a part in the musical Les Dix Commandements and her first solo album, In a Man’s Womb, was released in 2001. She also sang the song “You Disappear” by Bruno Coulais for the film Harrison’s Flowers. In her early work, she was credited simply as Yaël. 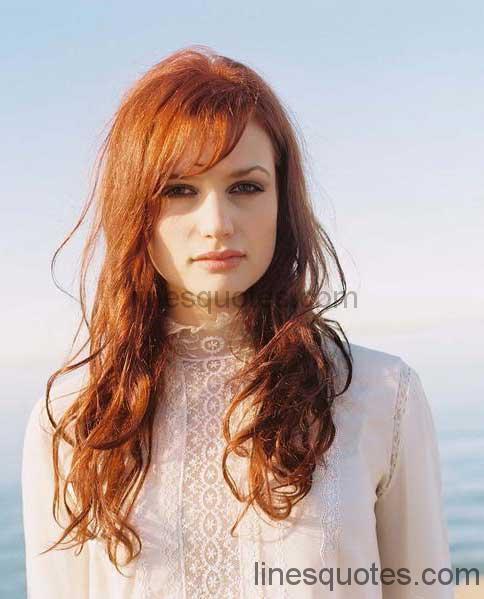 My Big Influences Are Joni Mitchell, And A Lot Of Classical And Indian Music, As Well As Nina Simone And The Personal Blues And Jazz Of Billie Holiday. Other Influences For Me Include Bjork, Nick Drake, And Sufjan Stevens.

In France, I Found There Is A Lot Of Attention To The Little Details And To The Quality Of Life.

English Is Really Free For Me; There's No Limits To The Music And The Imagination. And French, It's Just I Live In Paris, And It's Really A Poetic Language Where You Can Really Play With Words.

As Always, I Wrote Songs. Some People Cook Or Play Sports. This Is What I Love To Do. Sometimes I Can't Express Myself That Well In Talk, So I Write Songs.

I Don't Hide My Being Israeli. I Say It In Every Interview. I Put Out A Record With Songs In Hebrew. The People Who Signed Me Have No Connection To Judaism Or Israel.

I Had Arrived Years Ago In Paris And Just Wanted To Be Famous, Fast. When You're Pretentious Like That, And You Think You've Planned Everything Perfectly, It's Then That Everything Goes In The Opposite Way.

I Thought I Was An Old Soul, And That I Knew Life, But Then Starting The Real Life, I Figured I Am Completely New.

I Like To Sing Covers Of Songs That Are At The Extreme Ends From What I Usually Listen To.

I Like Finding That Common Point Between Another Song And My Music. It's Like Between People; You Can Be Of Religion Or Another, From This Country Or From Another Country, But We're All Basically The Same. It's Just The Same With Songs.

Usually When A Song Comes To Me, I Don't Ask A Lot Of Questions; I Hear Something, And I Just Let It Out In Song. It's Like Making A Salad. Everything I Hear, And Everything I Am, I Mix Together In A Different Way In Each Song.

Hebrew Is My First Language, So It's Really The Most Personal And The Most Simple. When I Write In Hebrew, I Don't Look For Sophistication In Music; It's Just Pure Emotion That Comes Out.

Songs Are A Way To Express What I Have Felt. A Way To Understand What Happened To Me Or To Other People.

When I Write In Hebrew, I Don't Look For Sophistication In Music; It's Just Pure Emotion That Comes Out.

My First Album Was Full Of Ideas And Attempts To Go In All Kinds Of Directions. I Was Young. I Loved Making Music, But I Didn't Have A Clear Path. I Also Lacked In Confidence.

When I'd Go To Israel, I Felt Like A Tourist. My Social And Professional Ties Had Started To Dissolve, And It Confused Me. I Didn't Know Whether I Should Stay Here In Paris Or Go Back To Israel, Or Even Cut Off All My Ties With Israel So I Could Really Plant Roots Here. Or Maybe Go Somewhere Else Altogether.

Today, Computers Help Us Making The Music. It's Really A Tool.

Being From Israel And A Jew Is Complex Already, But With France, There Is A Freedom And A Mix Of Culture. I Have Met Musicians From All Over The World.