Edward Estlin “E. E.” Cummings, often stylized as e e cummings, was an American poet, painter, essayist, author, and playwright. He wrote approximately 2,900 poems; two autobiographical novels; four plays and several essays. He is remembered as an eminent voice of 20th-century English literature. Cummings also wrote children’s books and novels. A notable example of his versatility is an introduction he wrote for a collection of the comic strip Krazy Kat. 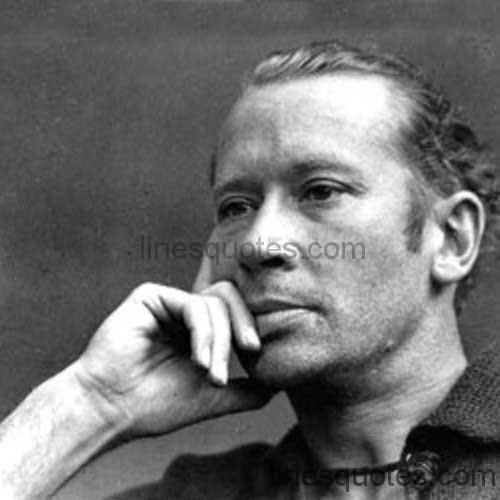 Once We Believe In Ourselves, We Can Risk Curiosity, Wonder, Spontaneous Delight, Or Any Experience That Reveals The Human Spirit.

It Takes Three To Make A Child.

Knowledge Is A Polite Word For Dead But Not Buried Imagination.

To Destroy Is Always The First Step In Any Creation.

Unless You Love Someone, Nothing Else Makes Any Sense.

To Like An Individual Because He's Black Is Just As Insulting As To Dislike Him Because He Isn't White.

I Imagine That Yes Is The Only Living Thing.

If A Poet Is Anybody, He Is Somebody To Whom Things Made Matter Very Little - Somebody Who Is Obsessed By Making.

Humanity I Love You Because When You're Hard Up You Pawn Your Intelligence To Buy A Drink.

I Thank You God For This Most Amazing Day, For The Leaping Greenly Spirits Of Trees, And For The Blue Dream Of Sky And For Everything Which Is Natural, Which Is Infinite, Which Is Yes.

I Like My Body When It Is With Your Body. It Is So Quite New A Thing. Muscles Better And Nerves More.

Kisses Are A Better Fate Than Wisdom.

Listen; There's A Hell Of A Good Universe Next Door: Let's Go.

A Politician Is An Arse Upon Which Everyone Has Sat Except A Man.

Private Property Began The Instant Somebody Had A Mind Of His Own.

I'd Rather Learn From One Bird How To Sing Than To Teach Ten Thousand Stars How Not To Dance.

I'd Rather Learn From One Bird How To Sing Than Teach 10,000 Stars How Not To Dance.

To Be Nobody But Yourself In A World Which Is Doing Its Best, Night And Day, To Make You Everybody Else - Means To Fight The Hardest Battle Which Any Human Being Can Fight; And Never Stop Fighting.

A Wind Has Blown The Rain Away And Blown The Sky Away And All The Leaves Away, And The Trees Stand. I Think, I Too, Have Known Autumn Too Long.

It Takes Courage To Grow Up And Become Who You Really Are.

The Most Wasted Of All Days Is One Without Laughter.

I'm Living So Far Beyond My Income That We May Almost Be Said To Be Living Apart.

America Makes Prodigious Mistakes, America Has Colossal Faults, But One Thing Cannot Be Denied: America Is Always On The Move. She May Be Going To Hell, Of Course, But At Least She Isn't Standing Still.

The World Is Mud-luscious And Puddle-wonderful.

Be Of Love A Little More Careful Than Of Anything.