Yael Grobglas is an Israeli actress. Her first major role was in three seasons of the Israeli sci-fi TV series Ha’Yi, which established her popularity among Israel’s teenage audiences. She gained recognition for her debut film role in the first Israeli horror film Rabies, which participated in the Tribeca Film Festival, and a number of other venues internationally. Through 2010–11 Grobglas performed a number of lead and supporting roles in prime time Israeli television shows. Grobglas is also known for her role as “The Girl” in the interactive video of We the Kings “Say You Like Me” and as Gabi in the popular Israeli series Tanuhi . 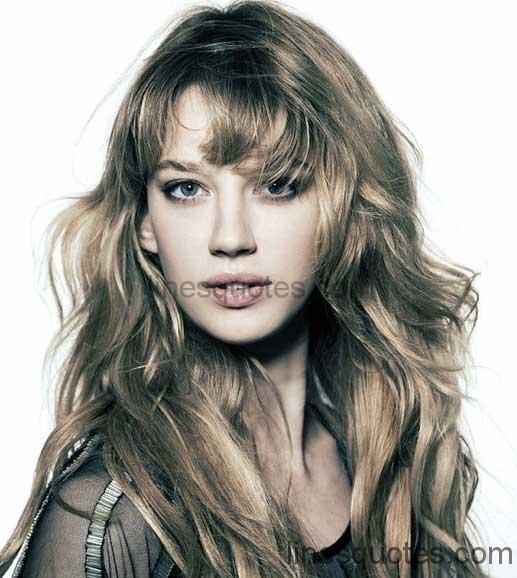 Honestly, I'd Love To Say I Live This Amazing Hollywood Lifestyle, But Actually, I'm At Home With My Same Friends And Cooking. I Crochet, I Do Watercolor. I Think What Surprised Me The Most Is That That Isn't The Lifestyle Everyone Necessarily Lives.

Israel Has A Fantastic Film Industry, And Many Times We Are Known For Our Political Films Or Films That Have To Do With The Army. I Love The Fact That We Can Show That There Are Films Coming Out Of Israel That Are Just For Fun.

As An Actor, The First Thing You're Taught Is, 'Don't Look Into The Camera; Ignore It.'

Back Home, Almost Everything I Did, I Did In Hebrew. I Went To Drama School In Hebrew, My Whole Career Was In Hebrew, And To Switch Languages Was Something That Was Fascinating And More Complicated Than I Expected It To Be, Even Though I've Been Speaking English Since I Could Speak.

I Feel Like If I Consider Myself Comfortable In Something, Then That's Not Exactly Where I Want To Be. And In 'Jane The Virgin' Specifically, I Feel Like I Don't Have To Choose... We Get To Do Drama And Comedy Sometimes Within The Same Thirty Seconds.

I'm Usually Cast For The More Goofy And Tomboyish Characters.