Zachary E. “Zac” Posen is an American fashion designer. In 2000, Posen received a prominent career opportunity after a dress he made for Naomi Campbell changed hands several times among several fashion insiders, including actress Paz de la Huerta. He is famously well-connected and has called Stella Schnabel his muse. Through Interview magazine Editor-in-Chief Ingrid Sischy, Posen met his future publicist and event producer Ed Filipowski of KCD, who offered to represent him for free. Also in 2014, he was named Creative Director for Brooks Brothers, tapped to modernize their signature women’s clothing and accessories line. In 2014, he introduced a more casual Pre-Fall 2015 Trunk Show collection. 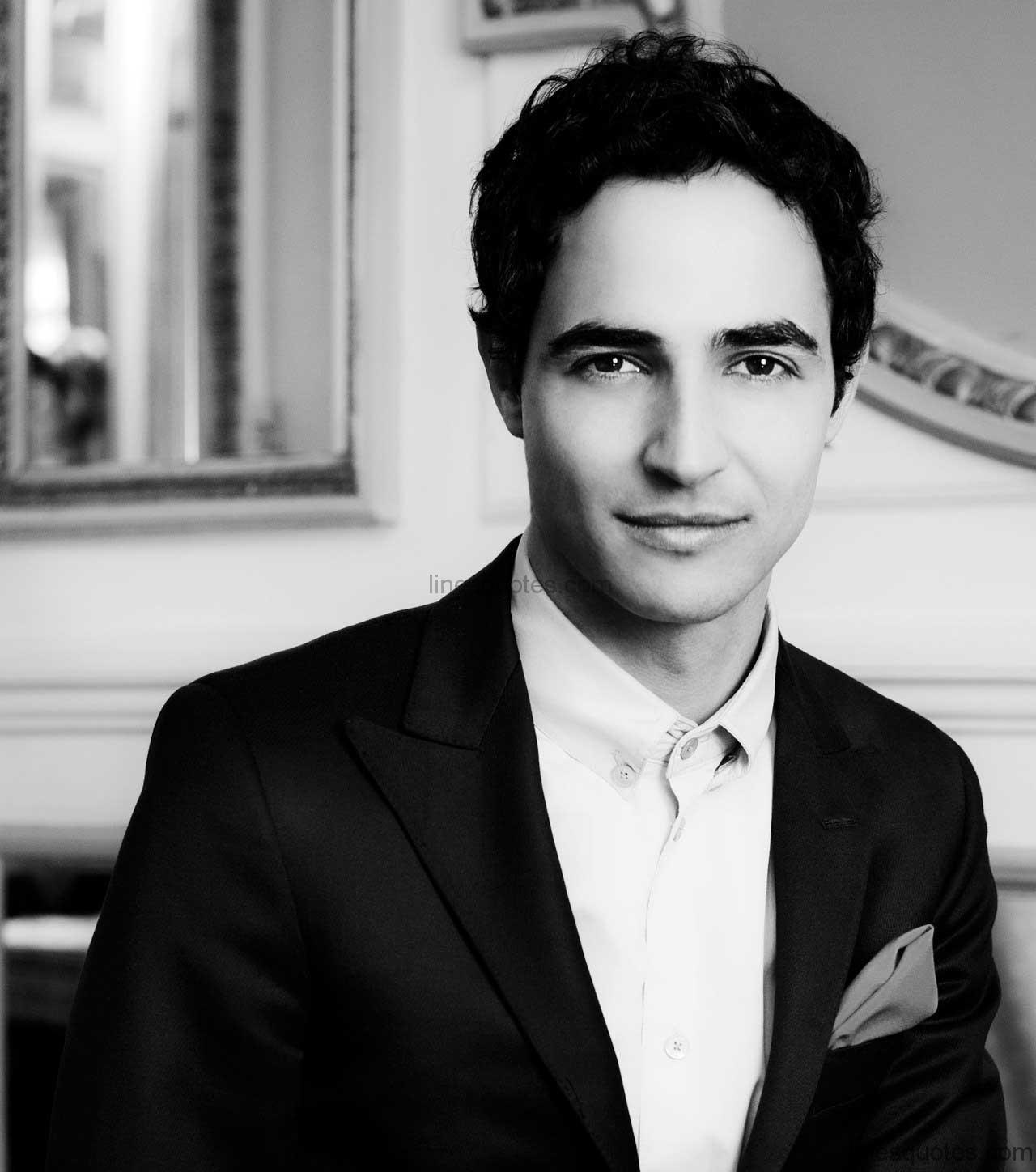 There Is No Reason For Me To Show My Collection In New York, Because It's Not About Craft And Technique There.

People Who Devote Themselves To A Life Of Style Are Admirable.

I Am A Compulsive And Concise Shopper.

Everybody Wants To Be A Star Right Now, To Be Heard, To Have A Voice, So You Have To Give The Confidence For People To Have That Ability - And Give Them The Wardrobe To Become A Star.

I Am Totally Unattached To Material Items.

I Have So Many Fashion Mistakes, But That's Part Of Being In Fashion. I Think The People That You See Make The Most Mistakes Are Usually The Best Dressers.

I Want To Be A Major Force.

I Started Cooking Out Of Middle School Depression.

I Have A Garden, And I Collect Different Heirloom Seeds From Different Neighbors.

Fashion Is Killing Women's Body Image Of Themselves.

Food Is Everything. Food, Friends, Family: Those Are The Most Important Things In Life.

There's Not One Major Greatest Influence On My Career. It Would Be Film And Great Artists And Great Imagineers - Jim Henson, Walt Disney, Charlie Chaplin, People Who Understand The Joy Of The Imagination.

The Biggest Thing Politically Within Fashion Is That The Clothing Should Be Displayed On Different Body Shapes.

So Many People Are Following Fashion Now. It's Become Fashion-tainment.

Taking Sartorial Risks And Not Following Other People Is What Makes You Stand Out.

I Don't Believe In One Ideal Beauty.

I'm Quite A Tuxedo Junkie, I Collect Them All Year Round.