Steven Alexander Wright is an American comedian, actor, writer, and an Oscar-winning film producer. He is known for his distinctly lethargic voice and slow, deadpan delivery of ironic, philosophical, and sometimes nonsensical jokes, paraprosdokians, non sequiturs, anti-humor, and one-liners with contrived situations. Wright was ranked as the twenty-third greatest comedian by Comedy Central in a list of the 100 greatest stand-up comics. He was awarded the Academy Award for Best Live Action Short Film for his 1988 short film The Appointments of Dennis Jennings. 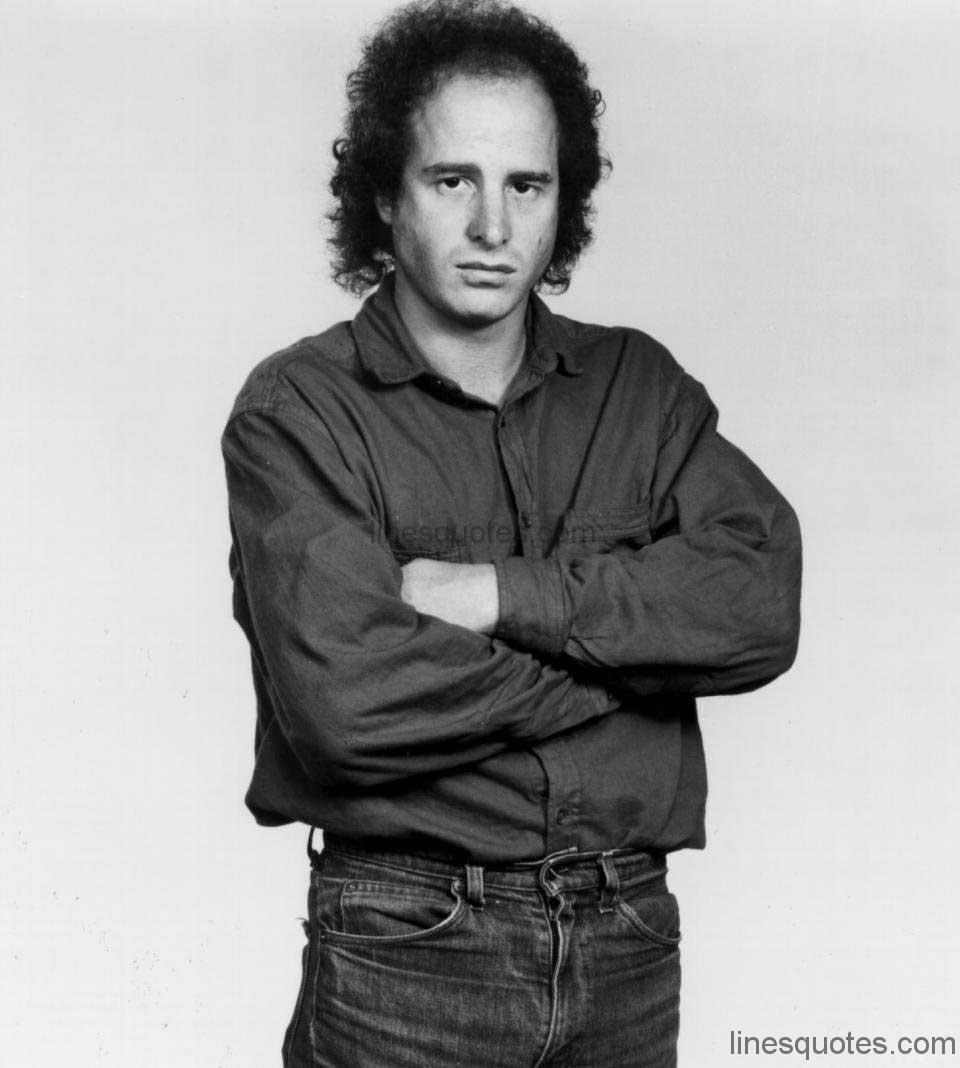 I Was A Peripheral Visionary. I Could See The Future, But Only Way Off To The Side.

Whenever I Think Of The Past, It Brings Back So Many Memories.

In A Lot Of Ways, Success Is Much Harder Than I Thought It Would Be. I Figured That You'd Get Here And Then Everything Would Be Happily Ever After. But, It's Hard Work, Almost Harder Once You're Successful Because You've Got To Maintain It.

Real Life? Well, I Just Hope Mine Isn't Investigated. They Might Find That I Don't Really Exist - That I'm Just A Hologram.

It Seems Like We Wake Up And It's A Race Until You Get To Bed. It Gets To You After A While And You Think, 'What The Hell Am I Doing?'

I Just Got Out Of The Hospital. I Was In A Speed-reading Accident. I Hit A Bookmark.

When I Was 16... I Worked In A Pet Store. And They Fired Me Because... They Had Three Snakes In There, And One Day I Braided Them.

You Know Those Things That You Throw The Twigs Into And It Spits Them Out? That's What I Do. The Branches Are Like Life, And I Throw Them Into My Head And Some Of It Comes Out As Humor.

I Was Arrested For Lip-syncing Karaoke.

Good Jokes Are Gems. A Good Idea Is Hard To Come By. I Couldn't Give Them To Someone Else, Even For Money. It Just Wouldn't Seem Right.

All Those Who Believe In Psychokinesis - Raise My Hand.

If Barbie Is So Popular, Why Do You Have To Buy Her Friends?

Ok, So What's The Speed Of Dark?

It's Very Interesting, The Joke Comes First And Then The Wording Comes Within Five Seconds, Maybe Ten Seconds. My Thing Is To Get The Joke Across In As Few Words As Possible. However, Sometimes A Word That's Not Really Needed Does Help The Rhythm Of It. It's A Gut Feeling.

I Bought Some Batteries, But They Weren't Included.

George Is A Radio Announcer, And When He Walks Under A Bridge... You Can't Hear Him Talk.

How Young Can You Die Of Old Age?

If It's A Penny For Your Thoughts And You Put In Your Two Cents Worth, Then Someone, Somewhere Is Making A Penny.

Babies Don't Need A Vacation, But I Still See Them At The Beach... It Pisses Me Off! I'll Go Over To A Little Baby And Say 'What Are You Doing Here? You Haven't Worked A Day In Your Life!'

I'm Going To Get An Mri To Find Out Whether I Have Claustrophobia.

If I Ever Had Twins, I'd Use One For Parts.

I Have Two Pairs Of Reading Glasses. One Pair Is For Reading Fiction, The Other For Non-fiction. I've Read The Bible Twice Wearing Each Pair, And It's The Same.

Only One In Four Jokes Ever Works, And I Still Can't Predict What People Will Laugh At.

When I Was A Kid, I Never Did Funny Things To Get Attention. I Was Never A Funny Person. I Was Never, Like, 'Oh, Wow. I Could Say This Some Day On Stage.'

I Don't Feel That I'm Explaining The World Or Teaching People Anything. And I'm Not Trying To Be A Mirror, Showing Them What's Really Going On The World. All I'm Trying To Do Is Think Of Stuff That's Funny, Just Like When I'm Kidding Around With My Friends.

It's Very Intense To Be In Front Of A Live Audience. It's Just An Amazing Experience. It's Dangerous. Everything Out There Is Heightened. The Bad Stuff Is Extra-worse. The Silences Are Extra-silent. The Good Stuff Is Amazing. It's Electric When You Walk Out There. For 90 Minutes, You're On This Other Planet.

If God Dropped Acid, Would He See People?

I Didn't Tell Any Of My Friends That I Wanted To Be A Comedian, Because I Was Superstitious. I Thought If I Told People, It Wouldn't Happen. So I Kept It All In My Head For Years And Years.

It's Like The Wild West, The Internet. There Are No Rules.

I've Been Doing Comedy Longer Than I Haven't Been Doing Comedy, As I Was Performing For Three Years Before I Even Got On 'The Tonight Show.' There's Truly Nothing Like It; It's Intense And Exhilarating, Even Though It Looks So Casual.

My Act Is An Exaggeration Of A Part Of Me. I'm Much More Expressive Off Stage.

I Feel Very Lucky To Make A Living From My Imagination; I'm Very Grateful For That. I Like That What I Do Is Create. I'm Feeling Very Lucky To Have Had The Career I Had. It's Gone Much Longer And Bigger Than I Ever Thought It Would Be.

I'm Seeing The World Partially Through The Eyes Of A Kid. Not All The Time. There's No Black And White To It. But Sometimes I'm Seeing It Like I'm 4.

I Just Have A Relationship With My Imagination. It's Like My Friend, Almost.

One Day A Guy Tried To Rob Me On The Street, And I Had No Money. So I Charged Him.

I Was Reading The Dictionary. I Thought It Was A Poem About Everything.

I Was Walking Down The Street Wearing Glasses When The Prescription Ran Out.

In Vegas, I Got Into A Long Argument With The Man At The Roulette Wheel Over What I Considered To Be An Odd Number.

I Had Some Eyeglasses. I Was Walking Down The Street When Suddenly The Prescription Ran Out.

I Got This Powdered Water - Now I Don't Know What To Add.

Is It Weird In Here, Or Is It Just Me?

At One Point He Decided Enough Was Enough.

I Don't Get Up, Get Dressed, Go Out, And Think, 'Okay, I Gotta Find Eight Jokes.'

I Kept A Diary Right After I Was Born. Day 1: Tired From The Move. Day 2: Everyone Thinks I'm An Idiot.

A Clear Conscience Is Usually The Sign Of A Bad Memory.

I Have All The Emotions That Everyone Has; It Just Appears That I Don't.

Experience Is Something You Don't Get Until Just After You Need It.