Tupac Amaru Shakur, also known by his stage names 2Pac and Makaveli, was an African-American rapper, record producer, actor, and poet. As of 2007, Shakur has sold over 75 million records worldwide. He has been listed and ranked as one of the greatest artists of all time by many publications. He is consistently ranked as one of the greatest and most influential rappers of all time. On April 7, 2017, Shakur will be inducted into the Rock and Roll Hall of Fame in his first year of eligibility. 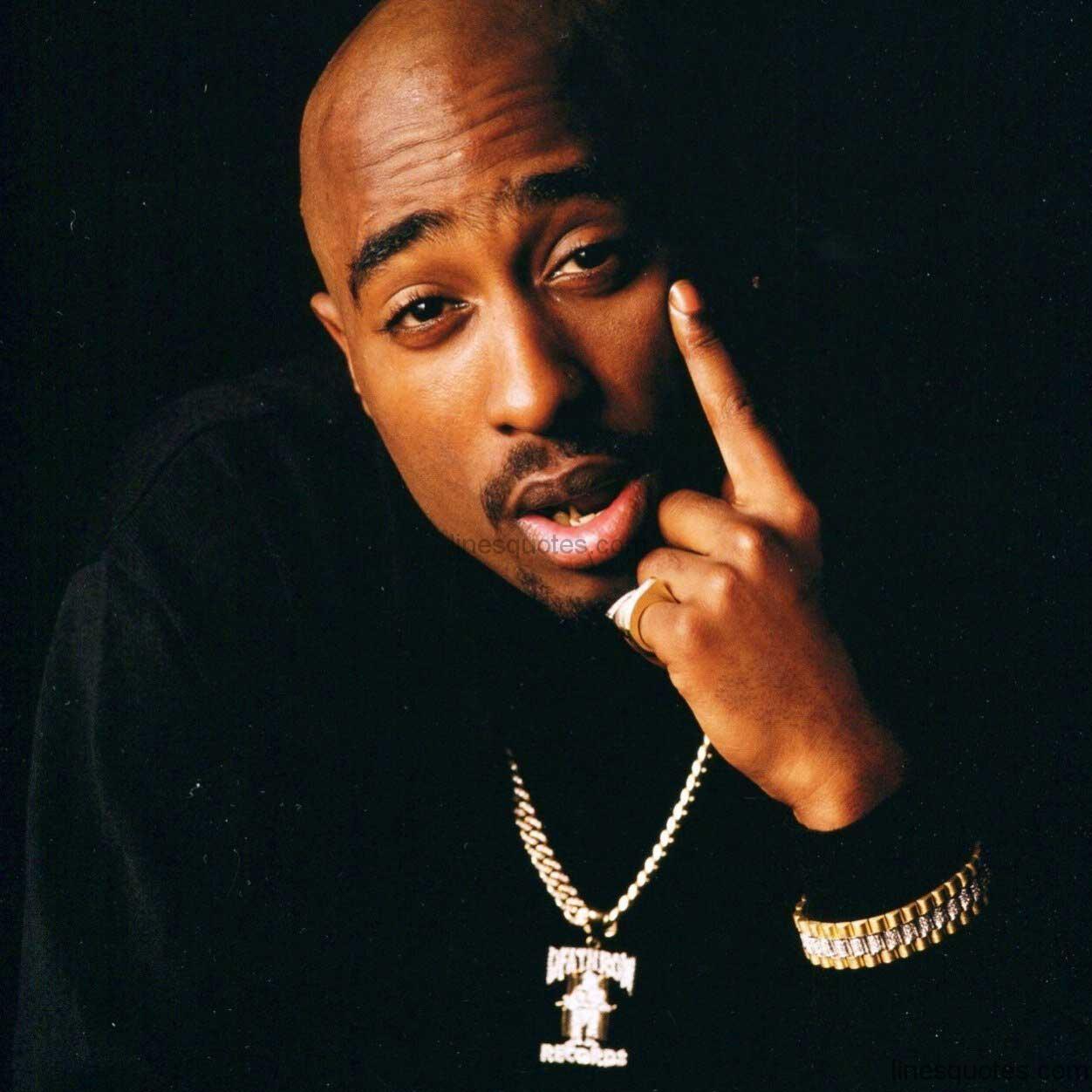 All I'm Trying To Do Is Survive And Make Good Out Of The Dirty, Nasty, Unbelievable Lifestyle That They Gave Me.

I'm 23 Years Old. I Might Just Be My Mother's Child, But In All Reality, I'm Everybody's Child. Nobody Raised Me; I Was Raised In This Society.

I Don't See Myself Being Special; I Just See Myself Having More Responsibilities Than The Next Man. People Look To Me To Do Things For Them, To Have Answers.

The Only Thing That Comes To A Sleeping Man Is Dreams.

It's A Struggle For Every Young Black Man. You Know How It Is, Only God Can Judge Us.

The Only Time I Have Problems Is When I Sleep.

Is It A Crime, To Fight, For What Is Mine?

Dre Was One Of My Heros In The Music Industry. If He's Not Down For His Homeboys, I Don't Wanna Be A Part Of Him Or Around Him.

I Just Don't Know How To Deal With So Many People Giving Me That Much Affection. I Never Had That In My Life.

It's The Game Of Life. Do I Win Or Do I Lose? One Day They're Gonna Shut The Game Down. I Gotta Have As Much Fun And Go Around The Board As Many Times As I Can Before It's My Turn To Leave.

I Just Spent 11 And A Half Months In A Maximum-security Jail, Got Shot Five Times, And Was Wrongly Convicted Of A Crime I Didn't Commit.

I Worked Hard All My Life As Far As This Music Business. I Dreamed Of The Day When I Could Go To New York And Feel Comfortable And They Could Come Out Here And Be Comfortable.

If I Win And Get The Money, Then The Oakland Police Department Is Going To Buy A Boys' Home, Me A House, My Family A House, And A Stop Police Brutality Center.

Thug Life To Me Is Dead.

When You Do Rap Albums, You Got To Train Yourself. You Got To Constantly Be In Character.

With All My Fans I Got A Family Again.

We All Gonna Die, We Bleed From Similar Veins.

In My Mind I'm A Blind Man Doin' Time.

Reality Is Wrong. Dreams Are For Real.

Somebody Help Me, Tell Me Where To Go From Here Cause Even Thugs Cry, But Do The Lord Care?

I Would Rather Have Been Shot Straight-up In Cold Blood-but To Be Set Up? By People Who You Trusted? That's Bad.

Let The Lord Judge The Criminals.

Don't Change On Me. Don't Extort Me Unless You Intend To Do It Forever.

I Don't Have No Fear Of Death. My Only Fear Is Coming Back Reincarnated.

I'm A Reflection Of The Community.

I Think I'm A Natural-born Leader. I Know How To Bow Down To Authority If It's Authority That I Respect.

It Seems Like Every Time You Come Up Something Happens To Bring You Back Down.

There's Nobody In The Business Strong Enough To Scare Me.